After you have uploaded your data, listclean analyses the field names, i.e. the column headers in row 1 of the spreadsheet, and makes intelligent guesses as to the structure of the data.

For hierarchical data such as lists of both Accounts and Contacts listclean needs to establish:

You can move fields around by dragging and dropping them. The primary field for each level is shown in red. 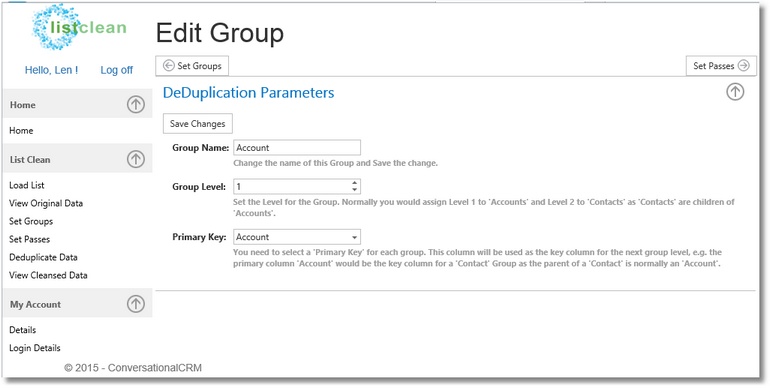