After you have specified the passes, you can now go to the main deduplicating page of listclean where you spend most of your time.

The following screenshot shows the result of running the first pass on Accounts with Contacts data:

listclean has found 4 possible sets of duplicate accounts. You have three options for each set:

The master column shows the merged data which will be saved and the dark background field, the one chosen for the master. You can stay on the Merge Data page for as long as you have duplicate sets remaining as it will show the next duplicate set when you click on Merge Data.

The following screen shows the result after running the second cleansing pass having deduplicated the Accounts: 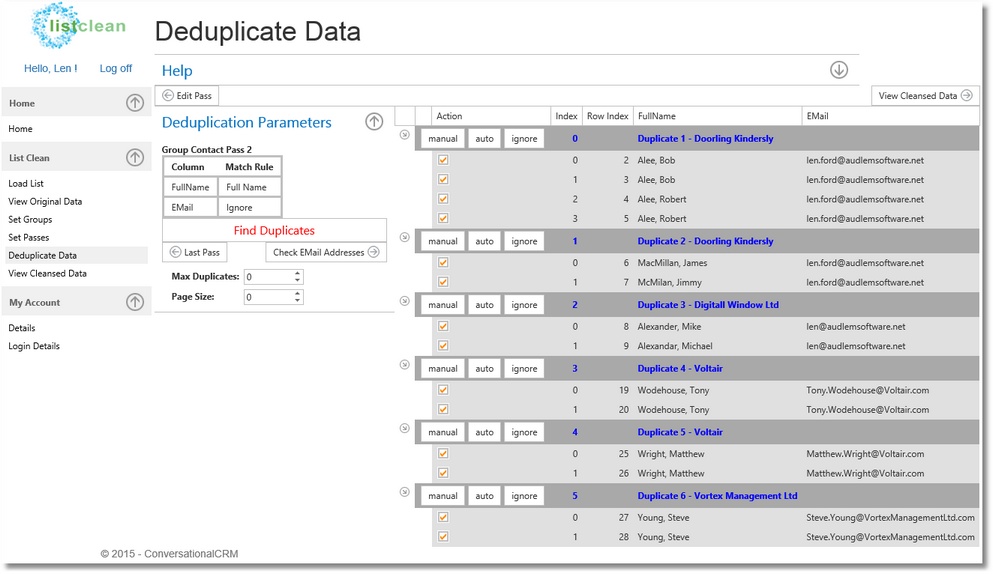